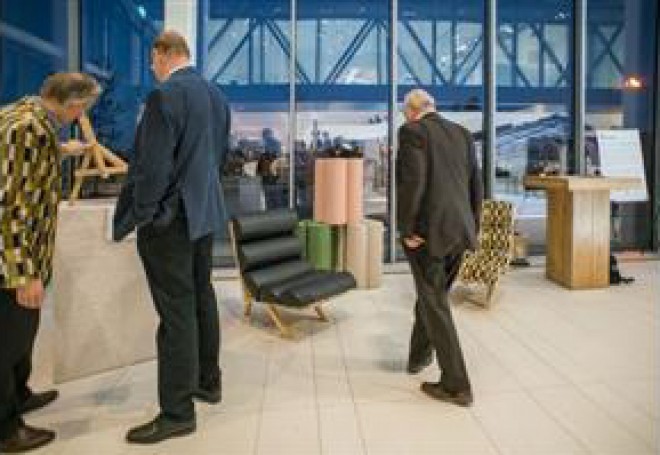 The fascination of binding seventeen pieces of Ash wood to a chair, a haiku in wood, was the starting point for the Voyage. The design is from architect and cabinetmaker Piet Besteman (bestmandesign.nl). He was working thirty years as an architect. By designing complex buildings he explored the many possibilities of material and construction. The chair Voyage, made under the banner of Bestman Design and started in August, is the result of this exploration.

During its première at the fair of Maison et Objet in September, the design was received very positive. As a sponsor Besteman (left at the picture) was with his Voyage at the International Wood Day on 26 November at Castellum Hoge Woerd in the Meern.

The chamfer in the Voyage, between the back and seat opens the way to a simple structure and to a new approach. In opposite of the common practice to support the lower back with separate cushions, this is done by the chamfer of the wooden frame, which forms also a stabile construction. The central pillow coincides with the chamfer. The carpentry workshop Visser in Zaandam produced the slats for the frame. The pinning of the small slats (32 x 43 mm) into the cnc-machine was, according to Besteman, a heavy job. 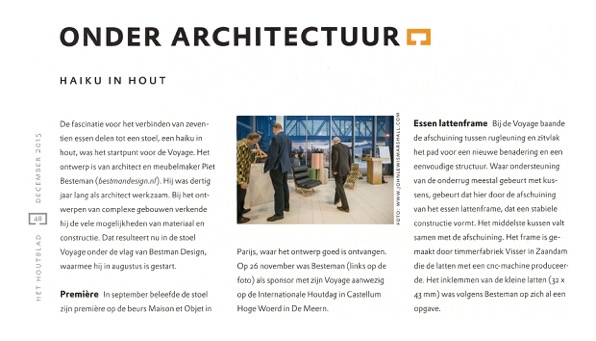 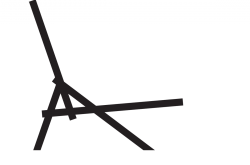 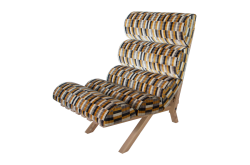 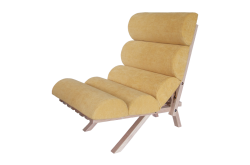 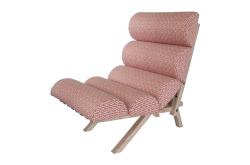 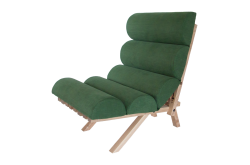 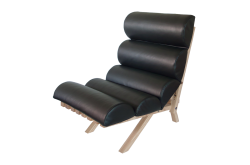 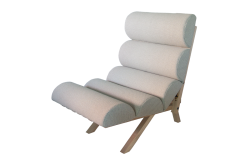 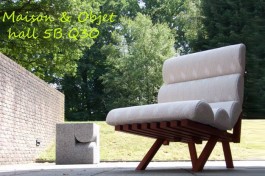 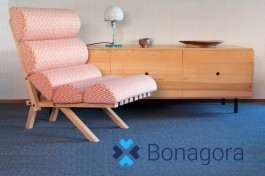 BONAGORA is my international agent to order the chair VOYAGE 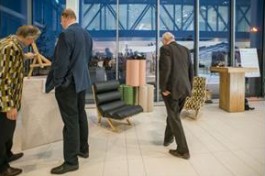 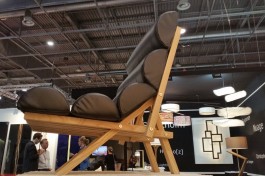